Enter your City name or Pincode

Kashipur is a city in the district of Udham Singh Nagar in Uttarakhand. Since 26 January 2013, it is administered as Nagar Nigam. 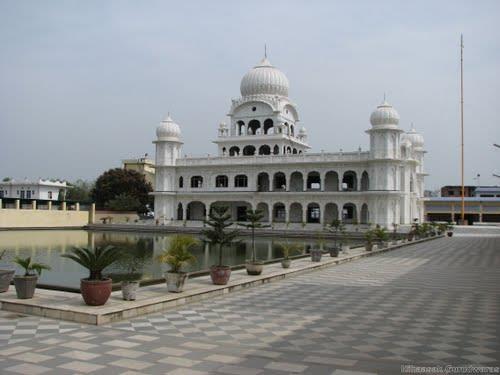 During the reign of Harsha in the year 606 AD - 647 AD, Kashipur was called as Govishana. The Chinese traveler Yuan-Chwang visited Kashipur during 631 - 641 AD. Shri Gumani Pant, a poet has written a poem on Kashipur. Even today, the tourists can see the ruins of those days. Kashinath Adhikari who was the officer of Chand Kings of Kumaon region during 16th as well as 17th century was the founder of Kashipur.

Kashipur experiences warm and temperate climate. The rainfall during winter is more than that during the summer. Koppen and Geiger have classified this climate as Csa. The annual average temperature is 24.0oC and the average precipitation is 1281 mm. June is the hottest month in Kashipur and January is the coldest month.

Business and Economy in Kashipur

Some of the tourist attractions of Kashipur are:

Chaiti Devi Temple is situated on Kashipur-Bajpur route which is some 2.5 Kms away from Kashipur. This temple is otherwise called as Maa Balsundari Mandir. During Navratras, thousands of pilgrims offer their prayers in this temple.

This beautiful lake is situated 2 Kms away from Kashipur bus stand. This place is a perfect choice for picnicking and camping. Several tourist rest houses and hotels are available for the travelers to relax.

This place is related to Guru Nanak Dev Ji, the first Sikh Guru. Hence, this place is sacred as well as historical for the Sikhs.

This is otherwise known as Moteshwar and the presiding deity of this temple is Lord Shiva. During ancient times, this temple was called as Dakini and is one among Lord Shiva’s 12 Jyotirlingas.

This lake is believed to have been found by Pandavas as Guru Dakshina for their Guru Dronacharya. This lake is considered holier than the River Ganges in the Skanda Purana. The excavation site found near the lake is under Archaeological Survey of India.
Apart from the above, the tourists can also visit Nainital, Ramnagar, Rudrapur and Jim Corbett National Park from Kashipur.

How to Reach Kashipur

Kashipur is well connected by road with other major cities of Uttarakhand. UPSRTC buses and private buses operate in Kashipur. Kashipur also has a railway station which is connected to the major cities of India. Udham Singh Nagar railway station is just 2 Kms from Kashipur. The nearest airport is Pantnagar airport which is some 68 Kms away from Kashipur. From the airport, the tourists can hire a taxi or travel by bus to Kashipur.

Are you a Business Owner?

Add the products or services you offer